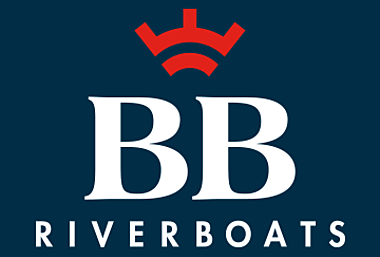 BB Riverboats is one of Cincinnati's top attractions and has served the Greater Cincinnati area for over 3 decades. We specialize in lunch, sightseeing, and dinner cruises on the beautiful Ohio River. Both of our authentic riverboats are available for private charter and each boat has smaller private rooms to accommodate groups of all sizes. Come and see why everything is better on the river! [read more] 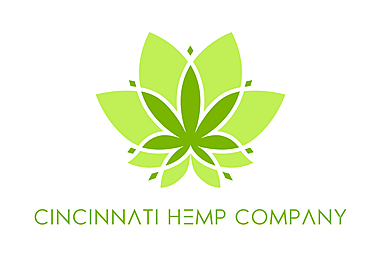 Cincinnati Hemp Company is an upscale boutique that features natural apparel items made from hemp, bamboo, and other sustainable, eco-friendly materials as well as a full assortment of third-party tested cannabidiol (CBD) products. Cincinnati Hemp Company is a locally owned company that was founded in November 2019 at Findlay Market. Owner/President, Brian Obert, attended Ohio University and after worked in the Sports Entertainment Industry where he had the opportunity to travel and gain new perspectives that he brings with him to the store. Cincinnati Hemp Company strives to help educate the Cincinnati community about hemp and cannabis through their well-trained staff, who use continued training and personal experiences to treat every customer with the utmost respect and privacy. [read more] 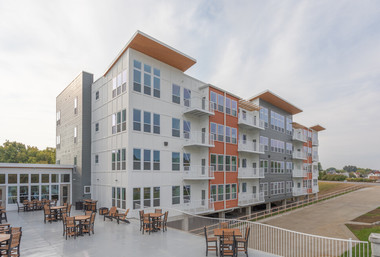 GEST is reinventing the wheel. Four of them, to be exact. We're transforming the way you get around Cincinnati and Northern Kentucky by providing Green, Easy, and Safe Transportation using our multi-passenger zero-emission vehicles. [read more] 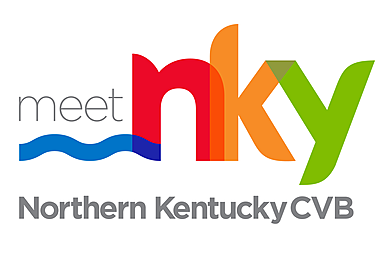 meetNKY is the Northern Kentucky Convention & Visitors Bureau. We love the cities that make up NKY, and love being part of the Cincinnati region. Our official mission statement is that we are a sales, marketing, service and informational organization whose primary responsibility is to positively impact the Northern Kentucky economy through conventions, meetings and visitor expenditures. Which means we love to show you the best places to stay, eat, play, and meet in our NKY region! We also manage NKY's bourbon trail, The B-Line. [read more] 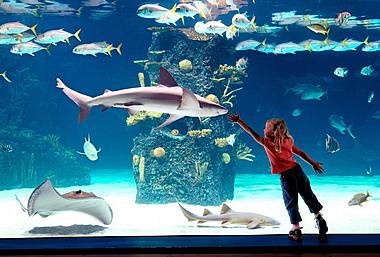 Delighting families since 1999, Newport Aquarium welcomes your family to discover the wonder of an underwater world. SEA thousands of the world’s most exotic aquatic creatures as you waddle with playful penguins, meet rare white alligators, be surrounded by sharks and surprised by smiling stingrays. Encounter thrilling adventures like the first-in-the-world Shark Bridge, where you can cross inches above a tank full of sharks on a rope bridge. Plus, experience the NEW exhibit Shipwreck: Realm of the Eels and explore a long ago-sunken ship and the creatures that call this accidental reef home. All while spending quality time together and creating lasting memories. [read more] 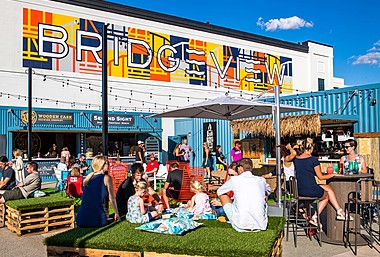 Newport on the Levee

Opened in 2001, Newport on the Levee is a multi-level retail entertainment center, located across from downtown Cincinnati on the south bank of the Ohio River in Newport, Kentucky. Hosting nearly 4.5 million guests each year upon 380,000 square feet of unique retail and restaurant space, Newport on the Levee features a variety of office space, retail, dining, lodging and entertainment options, such as the renovated 20-screen AMC IMAX Theatres, the award-winning Newport Aquarium, Rotolo bowling and bocce, and GameWorks. The property also features national retailers Brio Tuscan Grille, Cold Stone Creamery, Five Guys, Tom + Chee and Brothers Bar & Grill. North American Properties purchased Newport on the Levee in December 2018 with major redevelopment efforts extending into 2021. About North American Properties Founded in 1954, North American Properties is a privately-held, multi-regional real estate operating and development company that has acquired, developed and managed more than $7 billion of mixed-use, retail, multifamily and office properties across the United States. Rooted in its purpose-driven approach to development, North American Properties is creating great places that connect people to each other; cities to their souls; partners to opportunities; and individuals to experiences that move them. Headquartered in Cincinnati, with offices in Atlanta, Dallas and Fort Myers, Florida, the company has developed 22 million square feet of commercial space and 19,000 residential units in 15 states and 67 cities. In the past three years, North American Properties has launched 36 projects totaling $2.2 billion in total capitalization. [read more] "The Newport Syndicate is not your ordinary venue." The Newport Syndicate building was built in the 1950's, our building offers décor and an unique atmosphere. With our beautiful chandeliers, solid oak bars, and the largest dance floor in area, we provide a venue that your guests will not stop talking about. Whether you're hosting a wedding, throwing a party, or running a business conference or corporate gathering, you've come to the right place. The Newport Syndicate can be adapted to cater to your specific requirements. When you need to rent out a space that's as accommodating as it is affordable, turn to The Newport Syndicate and let our banquet rooms and event spaces serve as the setting for your upcoming event. [read more] 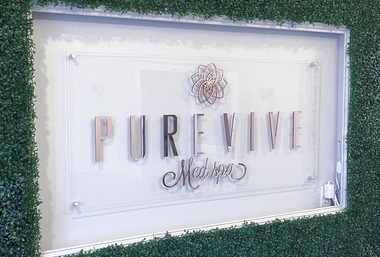 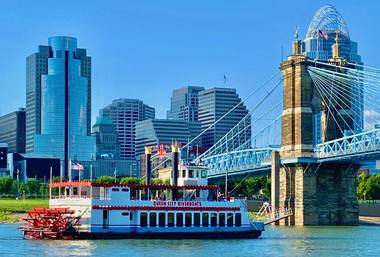 Queen City Riverboats is Cincinnati's premier riverboat destination. They offer a wide variety of cruises, including Reds & Bengals Game Day Shuttles, Concert Cruises to Riverbend Music Center, Public Dining Cruises and Private Charters. Queen City Riverboats has four vessels, each with their own unique character, to allow you to choose the experience that is just right for your event. You can cruise in style aboard the luxurious Destiny yacht, or you can choose a more traditional riverboat experience aboard the Spirit of Cincinnati. Whatever event or occasion you may be planning, allow Queen City Riverboats' experienced Cruise Coordinators to help you to make it the perfect, unique experience! [read more]